After finishing the regular season in 5th position with 9 wins, The warriors were able to storm into the 3rd week of the finals after a golden point victory (11-10) over Woy Woy in Week 1, and a convincing win (30-10) over Terrigal in week 2.
Although the warriors were not able to seal a spot in the Grand Final after losing to Wyong in the preliminary final the boys should be proud of there efforts throughout the season.

"I would like to thank the club, players, staff and the supporters for the year.
I couldn't be happier with the result and the effort everyone has put in to keep the club going.
I hope everyone will get on board for next year and we can keep this club alive!
Thank you again.
Dean Amos."

Opens finished the season in 6th place on the ladder with 5 wins.

The ladies had a fantastic season narrowly missing out on a spot in the semi finals by two competition points. The team finished the season with 7 wins and 1 draw.

Congratulations to all players, coaches and supporters on a great 2018 season. Thankyou to all of our fantastic sponsors.

In round 16, Brenden Sandell-Hay achieved the milestone of 350 senior games for the Northern Lakes Warriors.

The open age boys were able to put the icing on the cake getting the win over Terrigal 52 - 8.

Brenden was presented with a framed jersey to commemorate the occasion. Congratulations to Brenden on this outstanding achievement. 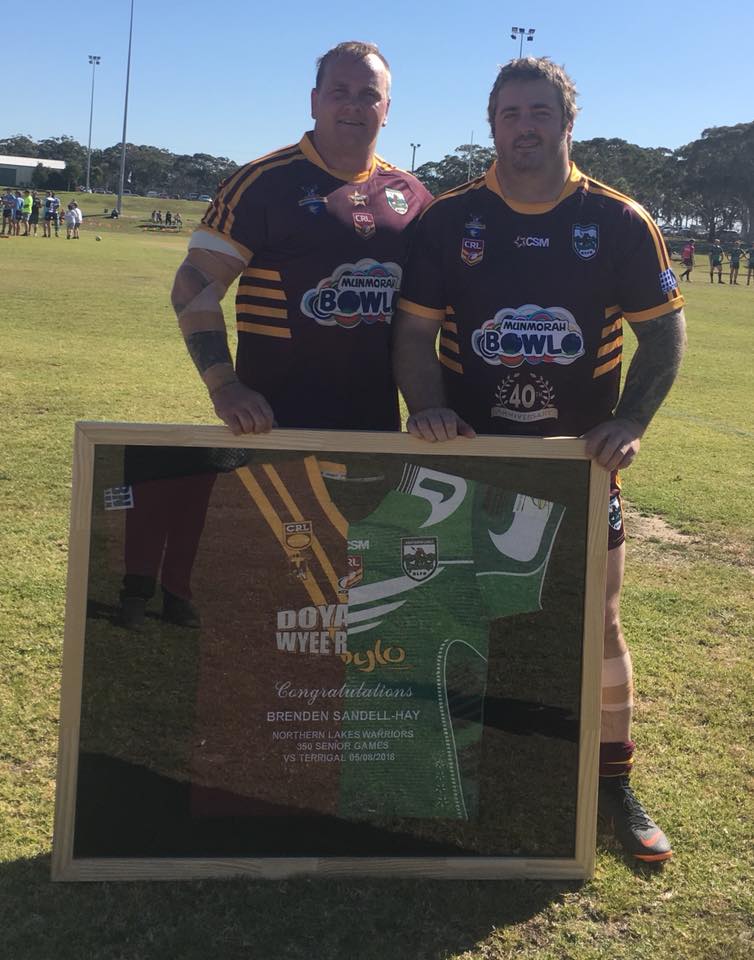 Over $700  raised for a fantastic cause with more orders to come. Great effort guys!! 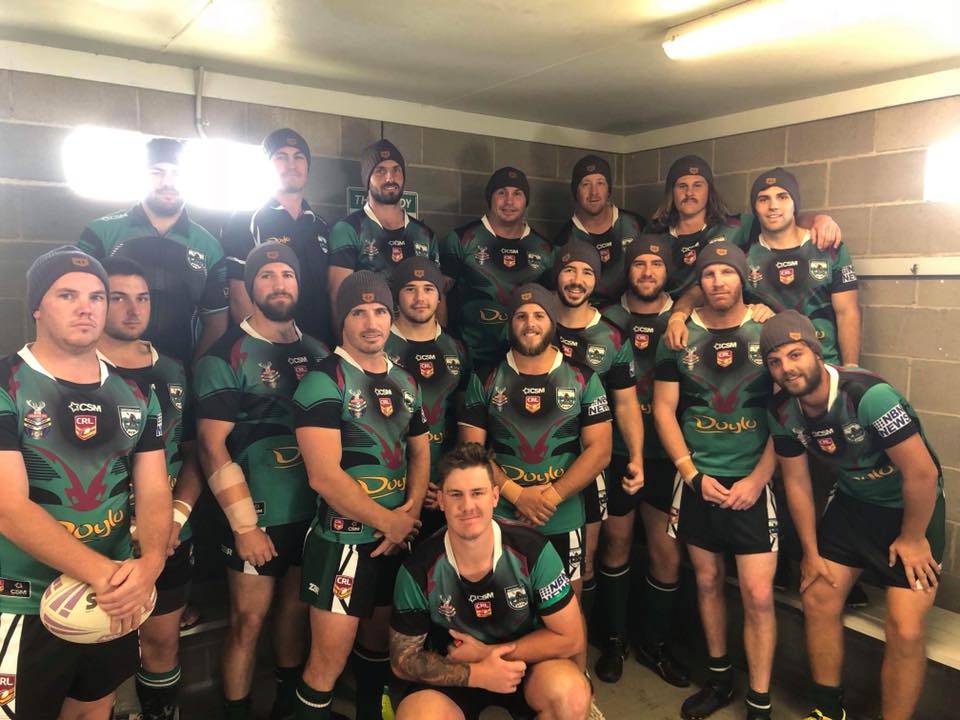 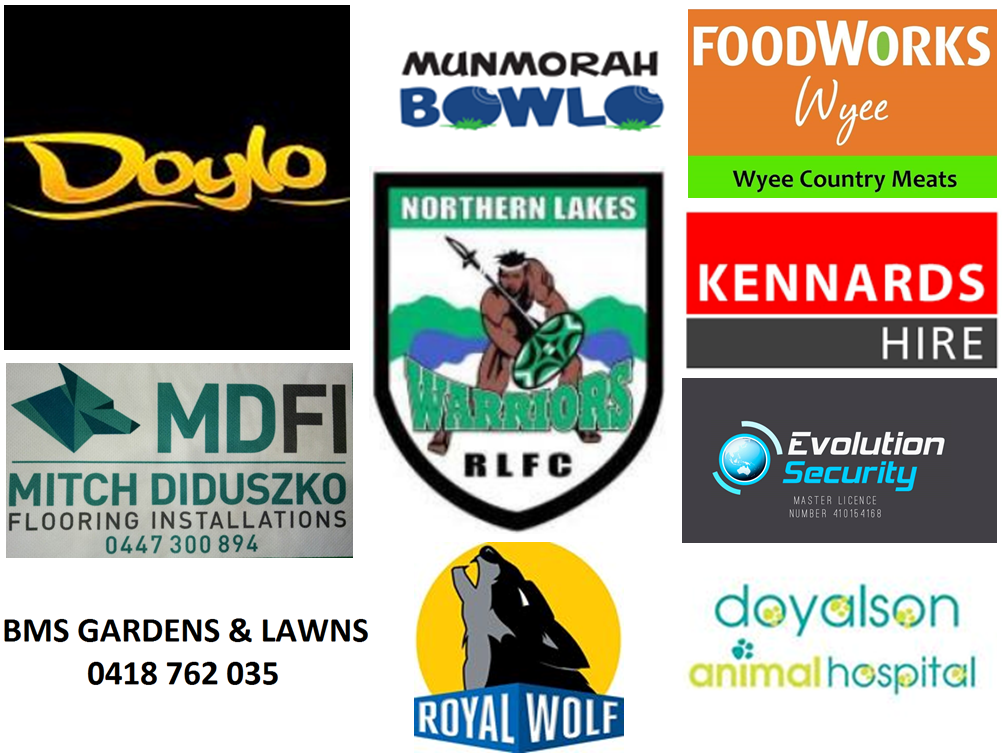 Dean Amos returns for the remainder of the 2018 season

Former Captain Coach Dean Amos has returned to the Northern Lakes Warriors as Player / Coach for the 2018 season.

Dean's decorated career has included stints with Newcastle and South Sydney in the NRL. He has also enjoyed success locally in playing and coaching roles with the Wyong Roos, Denman Devils (Group 21) as well has his previous time at the Warriors.Dean was recognised as the "CRL Country Player of the Year in 2009".

Deans return has provided a much needed  boost to our club as we rebuild the club and playing group with the aim of  returning to the first grade competition in 2019.

I Would like to let everyone know that I am jumping on board with the warriors this year to help out playing and coaching and looking forward to the challenge of rebuilding the club and getting a side back in 1st grade next year.

As most of you know,  the club relies on a lot of help so i am asking for those who want to get back involved PLAYERS, STAFF and SUPPORTERS to get in contact with myself.

We train at Gumbuyah Oval  on Tuesdays at 6:15pm and at Doylo on Thursdays at  6:00pm. All welcome lets not let the warriors fold in the future.

Greg Gibbins 1987 – 2015.
It is with deep regret that we say goodbye to our friend, team mate and highly respected Warrior Greg Gibbins.
Gibbo played the majority of his Junior footy with the Warriors before joining the Senior ranks in 2003 at the age of 16, his talent having already been identified.
Gibbo played 111 games for the Warriors and was a point scoring machine, during his senior career crossing for 61 tries whilst proving handy with the boot landing 199 goals.
Gibbo was more than passionate about his Rugby League and was always looking for ways to improve and get the most out of his game, he was highly respected by his teammates and they always knew a try from Gibbo was always in the offing, whilst they knew he could be relied upon in their moment of need.
Gibbo also spent time with The Entrance, before switching to the Wyong Roos last year and we are sure he had the same positive impact at both of these clubs that he created and has left at the Warriors.
He prided himself on his fitness and physical well being and was nearly always the ‘quietest’ guy in the room – (not always that hard when surrounded by the Warriors team).
It is hard to fathom why tragedies like this occur and how unfair it seems but we can all be happy knowing our lives have all been better for having known GIBBO.
We will have a ‘Tribute’ book available for signing at today’s game, please see Greg Banks or Steve Luxford if you would like to leave your thoughts regarding Gibbo.
We also thank you in advance for observing a minute’s silence before both the reserve and 1st grade games.
Northern Lakes would also like to thank the CCDRL and the other clubs within the Division who have offered their condolences and support.
RIP our friend, teammate and Warrior.